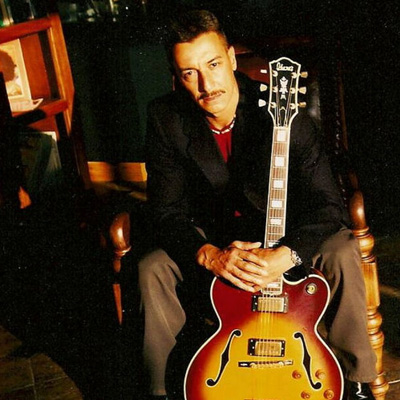 “Jon Dalton is a brilliant musician and consummate jazz guitarist”, now based in California after a career of international touring. Jon’s musical influences and style are compared to guitarists Wes Montgomery, Joe Pass. A prolific composer and broadcaster, at the request of the Unity Foundation, Jon recorded a jazz version of John Lennon’s classic “Imagine” in 2013 for broadcast on the United Nation’s International Peace Day Global.

“Gard is one of the best organ soloists around, a fiery and fluent player…a local hero, deserving of a national reputation” (www.jazzmann.com/reviews December 2015), John-paul plays in a really powerful, upbeat style, highly appreciated by jazz and wider audiences alike.

“the wonderful Paolo Adamo…” member of the Bristol European Jazz Ensemble, Afro band ‘Mankala’, and one of the most in demand players on the scene.