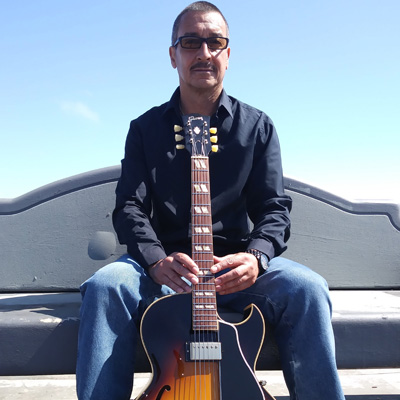 Back in the late 70s early 80s when we were still mostly teenagers back in the UK, I knew a large group of people. Probably numbering well past the 100 if you count the ripple effect. We would often hangout in each others’ places having music parties. Hard rock and heavy metal along with a little prog, some jazz funk and even a little southern rock (shout out to Staple Hill crew there  ) were mostly the order of the day. Country Rock bands got a feature from time to time and the Ozark Mountain Daredevils were always a favorite. They seemed to be able to elicit a smile from even the most case-hardened biker! Their music ran the gamut from languid and reflective to manic and, often, very funny.

I’ve always wanted to cover one of their tunes and thanks, in no small part, to the tenacity of my friend and co-producer Richard E, who has been driving me to finish my current album project, I finally got it done.

The track is called Spaceship Orion from The Ozarks’, self-titled, first album. Fans often refer to that as the “quilt” album due to the depiction on the cover. I played the guitar and sang the vocal but I could not have done this without this spectacular group of players who not only were able to record the song 90% live in the studio (as I often prefer to work) they also nailed it on the very first take!

A video is in the works but the audio is available for you to listen to now.